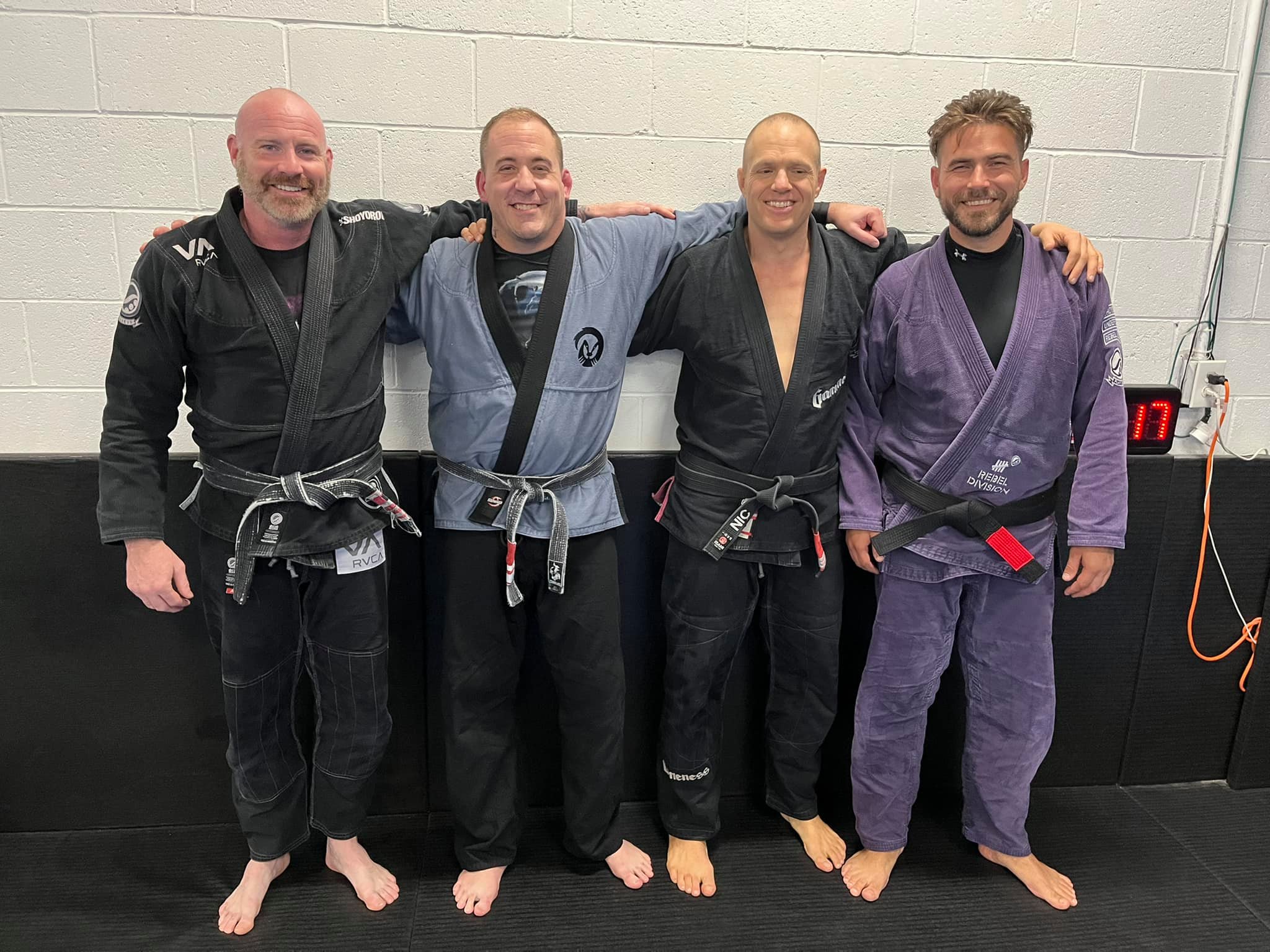 Mike has had an interest in martial arts since he was a child having started training in Tae Kwon Do earning the rank of Green belt. Over the years since then he’s trained in Aikido, Muay Thai kickboxing, Shaolin Kempo Karate and JuJitsu, Wrestling, Boxing, and more. He currently holds the rank of 2nd Degree Black belt with Subconcious BJJ (North Hollywood California) under Professor Nicolas Gregoriades. Also holding the rank of 1st Dan Black Belt in Aiki JuJitsu under Sensei Chris Ballard. He teaches numerous aspects of Brazilian Jiu-Jitsu including Competition, Self-Defense, Combatives, Submission Grappling (no-gi), and more. Incorporating a very “laid back” style of teaching, promoting cross training in other arts, and encouraging training at other grappling schools. This “new school” mindset is why many from other schools, come and train with him, as there is no reason why persons can’t train at various places!